The historical profile of Thessaloniki, began in the Hellenistic era and has continued uninterrupted to the present day, it is mainly linked to its Byzantine life. The walled city and its monuments can reasonably be called an open Byzantine Museum. All city monuments, Byzantine, Post-Byzantine and Ottoman – have been declared historical landmark monuments. Fifteen (15) of the Early Christian-Byzantine monuments were included in the UNESCO World Heritage List in 1988

A strong fortification wall, trapezoid in shape, with alternating triangular redans and square towers, as well as a rampart surrounds the city. Its construction, which incorporated remnants from the previous Hellenistic and Roman fortifications, dates back to the late 4th century.

Every neighbourhood features one of its Byzantine or Post-Byzantine monuments, remnants of a bygone era, when the city was the Symvassilevousa (co-reigning city) of a sometime mighty and sometime declining Byzantine Empire or, later on, the centre of the Ottoman-occupied Balkan peninsula.

The Byzantine metropolis has preserved a large number of its devotional monuments. The only exception, that is secular architecture, is the small Byzantine baths that are  preserved in the densely populated urban web on the edge of the Ano Poli (Upper City). The churches of the city follow the variety of architectural styles of Byzantine architecture. From the dominant style of the Early Christian basilica, a five-aisled basilica with a transept, we pass to the transitional domed church of the early Byzantine period, and then to the ‘hidden brick’ technique and belonging to the cross-in-square style of the Middle-Byzantine era, and we end with the cross-in-square churches with a ambulatory of the Late Byzantine era.

Stavroula Tzevreni,  Ephorate of Antiquities of the City of Thessaloniki 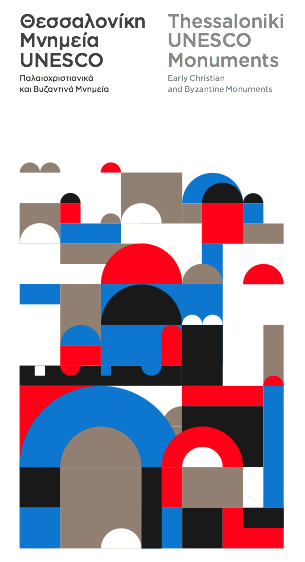