If you think that everyone in Thessaloniki is rushing somewhere all day, just wait until nightfall. It seems like everyone in town tops at a favorite cafe on the way home from work and then heads out to dinner.  This, before or after taking in a play or concert at one of the city’s many theaters, concert halls, and nightclubs and bars with live entertainment. Though many publications list events and posters splattered everywhere announce them, almost all will all be Greek to you.

Meanwhile, the city seems  festooned with enough bars and clubs to serve a population twice its size, yet all of them are crowded to the bursting point, and more open every year. For some of the liveliest nightlife in town, try one of the cafes in the waterfront, Ladidika district, or along the harbour and the shoreline on Nikis Street, or head inland to Athonos Square, or sample the cafes on pedestrianised Zefxidos and Iktinou streets.

Mitropoleos street and the narrow streets around as well as the area around White tower has a lot to offer to night fun lovers.
Plenty of night spots that best embodies this special entertainment vibe that only Thessaloniki got, cafes, bars, music spaces and galleries all in one, home to quirky experimental acts, from ambient pop to electronica. Many go-to spots for Thessaloniki’s hard-partying artistic set.
Dimitria Festival. October 26, St. Dimitrios’s day is celebrated all over Greece, but in Thessaloniki, the celebration lasts for weeks. The festival, which gets bigger every year, now includes many theatrical and musical events.
The International Film Festival draws hoards of film buffs to the city every November.

Thessaloniki hosted twice the Biennale of the young artists of the Mediterranean countries and 2011 WOMEX (World Music Expo) left a mark.

Best of all, you don’t have to get a local with similar tastes to give you some tips. Just go out and you’ll find your night way. 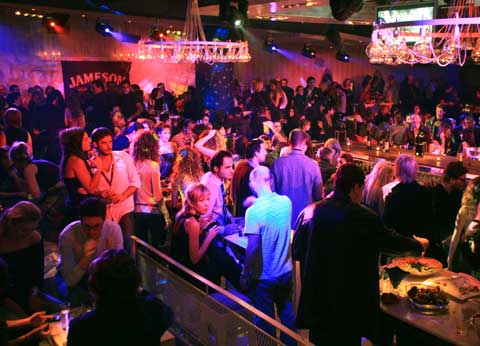