Events
Home Thessaloniki at a glance

Thessaloniki at a glance

Friendly, charming and with a hint of mystery and wealth of cultural attractions, the second largest city in Greece is located in the northern part of the country. It is a longtime melting pot of cultures, a feature that is reflected in the spicy flavors with eastern influences, as well as flavors from France and the Balkans, as well as the cosmopolitan atmosphere. This is also visible in the city’s architectural fabric, where Byzantine, neoclassical, turn of the century Art Nouveau and Eclecticism, Art Deco and more styles combine in the city center.

At 2,300 years old, Thessaloniki has weathered many waves of merchants, migrants and marauders, but with more than 150.000 students  it maintains a youthful energy. It’s a city you can simply walk around, take in the sights and stop for excellent food. The surrounding area is very fertile and the sea is on the doorstep, so the combination of fresh local produce and a new generation of chefs makes it a wonderful place to eat.

Thessaloniki sprawls around an arc of coastline at the top of the Thermaic Gulf. The main area of interest to visitors is along the shore between the ferry port and the city’s emblem, the White Tower, and in the area that rises inland from here to the ancient city walls. It is the gateway to some fascinating parts of northern Greece – renowned beaches, inland destinations, and beautiful, refreshing mountains like Mount Olympus.

The city is walkable and lively – a worthwhile destination in its own right.

Thessaloniki has long been Greece’s real cultural capital. For a city of one million people, the number of monuments and museums is astonishing: 15 UNESCO World Heritage Sites and 30 museums dedicated to everything from archaeology to  contemporary art and avant-garde Russian works. The Dimitria Cultural Festival, a three-month-long celebration of the arts first celebrated by the Byzantines, was revived in 1966. Then there’s the Thessaloniki Biennale of Contemporary Art, which runs from June to September every two years and the Thessaloniki International Film Festival, a ten days celebration of young cinematographers from around the globe, every November.

Thessaloniki is an affordable base for artists, but it’s also cosmopolitan and creative. Multiculturalism isn’t just a politician’s buzzword here, it’s part of the city’s identity. Until 1912, Thessaloniki was still an outpost of the Ottoman Empire, and most residents spoke several languages.

Much of Thessaloniki’s Ottoman character went up in smoke in 1917, when a fire destroyed most of the city centre. It was redesigned by a French planner named Ernest Hébrard, with a grid of boulevards stretching out from Aristotelous Square. This seaside plaza, lined with colonnades and cafés, is filled with people day and night. Ships and seagulls ebb and flow across the Thermaic Gulf. On a clear day, you can see Mount Olympus on the horizon, across the water.

Commerce and culture flourished, largely thanks to the city’s sizeable Jewish community until the Nazi occupation, where more than 50,000 Jews, a quarter of the city’s population at the time, were sent to death camps in Germany.

Today, the city is celebrates its Jewish history and heritage, and increasingly showcases it through tourism and culture activities.

The capacity for regeneration and the ability to blend the past with the present is typical of Thessaloniki. The misty sunsets, the spice stalls and faintly seedy meze joints in the bazaars, the traces of Byzantine and Ottoman splendour that survive among the street-art-covered modern blocks, the growing creative scene, the international events and crowds. This casual juxtaposition of historic monuments and urban culture is Thessaloniki’s trademark. 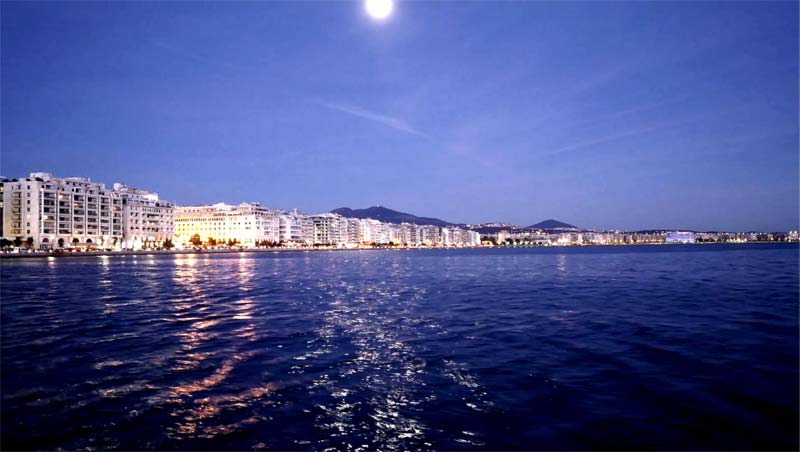 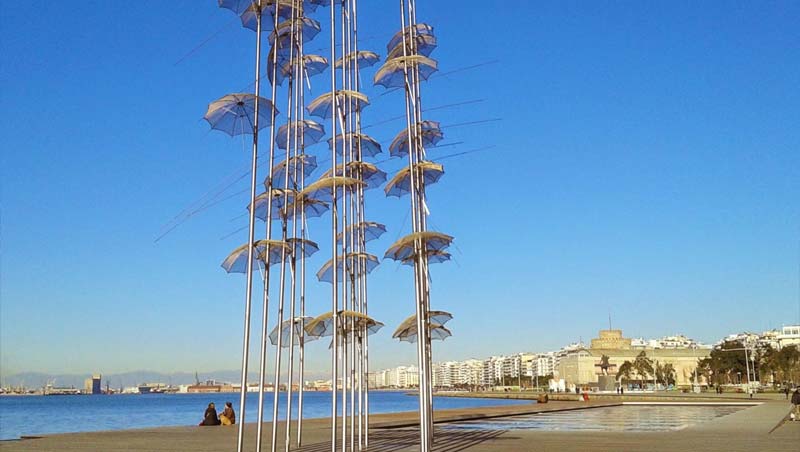 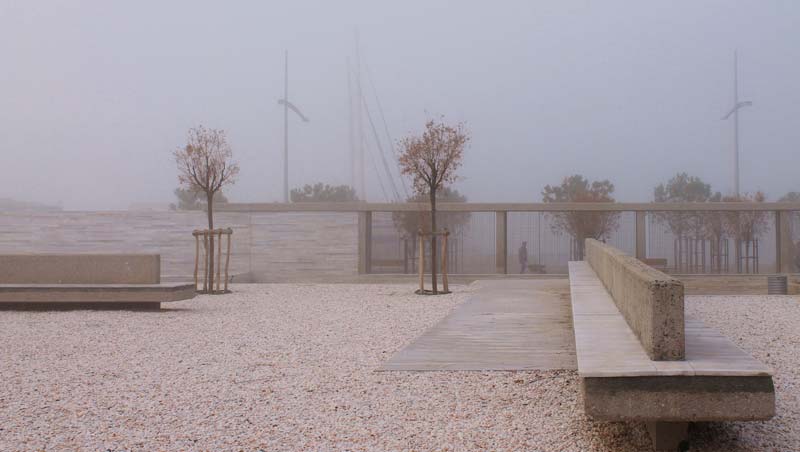 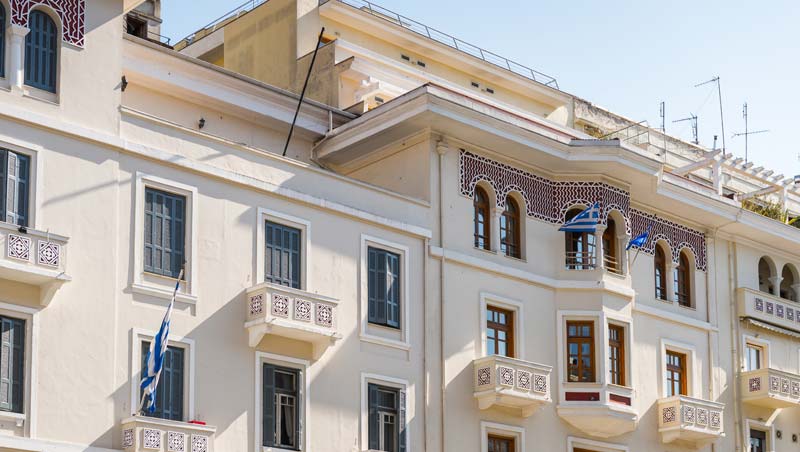 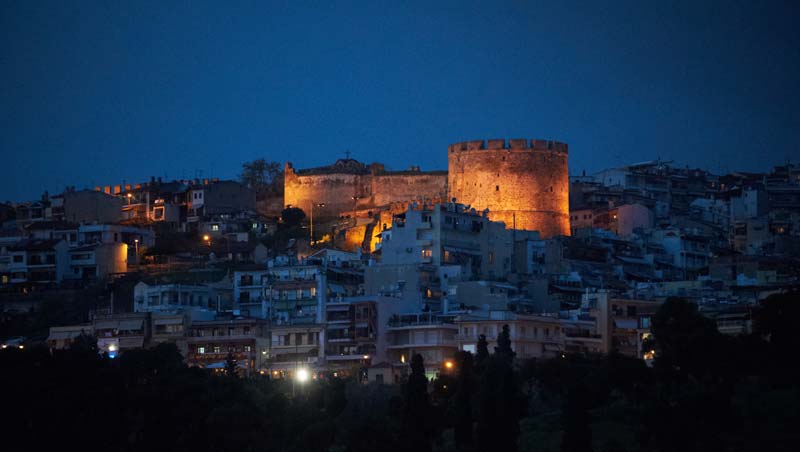 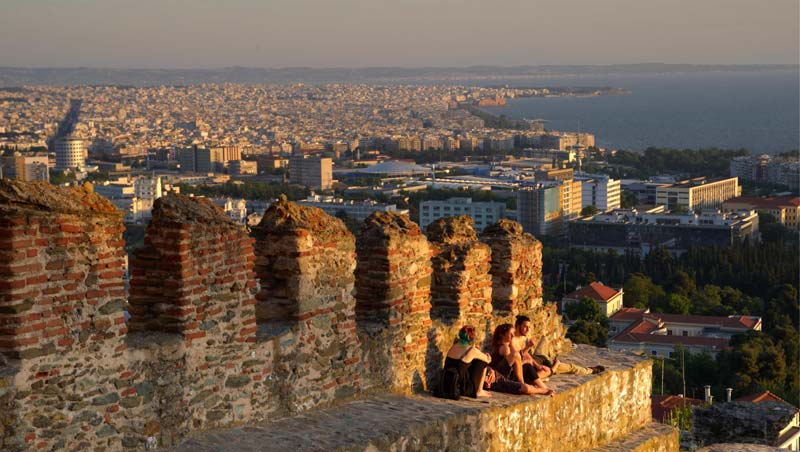