A donation of 10,000,000 Euros has been made available by the Stavros Niarchos Foundation to the Municipality of Thessaloniki for the alleviation of the effects of the ongoing financial and social crisis on the city.

The total amount of the donation will be utilized by the Municipality of Thessaloniki for the implementation of selected projects, which can be incorporated within five thematic axes of priorities for interventions in the social and financial life of the city to the benefit of the citizens.

The donation of the Stavros Niarchos Foundation presents the Municipality of Thessaloniki with an additional financing tool for the implementation of projects, either as an alternative source of funding for already planned projects or as a new source of funding, supplementary to the pre-existing budget, which allows for the design and implementation of new projects. The selection of projects is based on two criteria:

B. Innovation and Entrepreneurship Initiatives 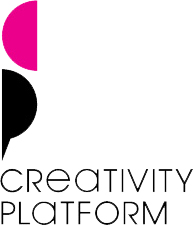 The aim of the project is the functional and aesthetic restoration of the surrounding areas, the improvement of accessibility, parking management and even removal of vehicles where necessary, as well as the reconstruction of communal areas and the increase of green space where possible.

In order to ensure the functionality of public space, appropriate measures are taken, such as the procurement of modern urban equipment. The installation of this equipment is complementary and supportive to the urban regeneration plan of the Municipality, aiming at more efficient use of public spaces.

The construction projects are implemented in collaboration with KEPA.