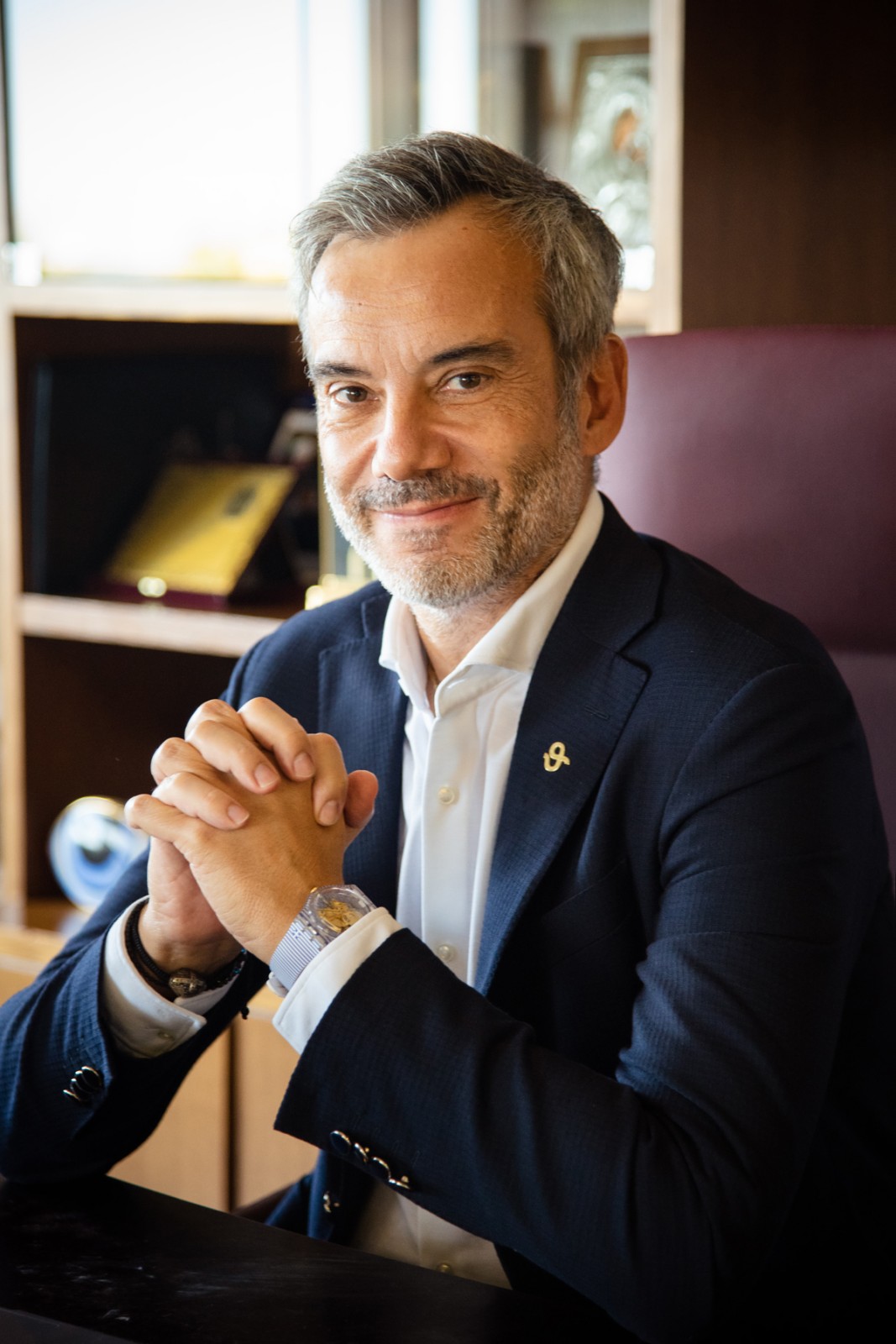 Konstantinos Zervas is a graduate of the Experimental school of the University of Thessaloniki and holds a BA degree and postgraduate degree (MSc) with scholarship and distinction grade from the Aristotle and Brown University (USA) respectively.

Since 1990 Konstantinos has started running his own office in Thessaloniki as a civil engineer.  He has overseen various big projects, he was a member of the Board of Directors of Attiko Metro SA (2010-2016), he served as the Chairman of the State Orchestra Board of Thessaloniki (SOB) (2011-2014) and in 2013 he was elected as a member of the Central Representation of the Technical Chamber of Greece and the Regional Department of Central Macedonia. He is the Head of the KEDE Delegation to the European Council of Municipalities and Regions (CEMR), Vice-President of Solid Waste Management Agencies of Central Macedonia (FODSA), President of the Thessaloniki Municipal Nursery “O Agios Stylianos” and council member of the Organisation of Urban Transportation of Thessaloniki (OASTH).

Konstantinos authored a book in 2019 entitled “Poplars or Chamaerops? Thoughts for Thessaloniki and politics”.

I was born and raised in Thessaloniki. My father was Vasilis Zervas, a civil engineer, and my mother is Lilika Zerva-Orologa, a philologist. My father was related to Napoleon Zervas and was one of the founders of the football stadium in Toumba, Thessaloniki. My mother’s roots are from Monastiri (Bitola), while my great grandfather, Petros Orologas, came from Korytsa (Korçë) of the historic region of Northern Epirus and fought in the Macedonian Struggle. My mother’s sister was Aliki Telloglou, married to Nestor Telloglou; the couple founded the Teloglion Fine Arts Foundation in 1972.

Since 1990, when I completed my national service in the army, I have been living and working as a civil engineer and entrepreneur in Thessaloniki.

From 1994 to 1997 I was an elected member of the Board of P.A.O.K. Sports Club; as a technical consultant, I was in charge of the erection of the indoor sports grounds at Foinikas and responsible for the international relations of the basketball department, a major actor in Greece and Europe.

From April 2010 to March 2016 I served as a member of the Board of Attiko Metro SA. After being elected as a City Councilor for the Municipality of Thessaloniki with the “Protovoulia-Yiannis Boutaris” political group, I was appointed Deputy Mayor for the Environment, Quality of Life and Open Spaces in January 2011. From this post I was responsible for a number of environmental projects and actions, such as the candidacy of Thessaloniki as Green Capital of Europe-2014, the foundation of the Network of Greek Green Cities, the organisation of the Green Party and so on.

From August 2011 to December 2014 I served as Chairman of the Board of the State Orchestra of Thessaloniki. Under my chairmanship, the Orchestra gave a number of performances at urban and regional venues (squares, gymnasiums, open-air theatres) and shared its musical excellence with audiences who were not familiar with classical music; it was at that time that the Orchestra began its regular performances at the Ceremony Hall of the University of Thessaloniki, which were attended free of charge by students and academic personnel.

In November 2013 I was elected as a member to the Central Delegation of the Technical Chamber of Greece and the Regional Branch of Central Macedonia.

During the 2014 municipal elections my fellow Thessalonians once again placed their confidence in me, and I received double the number of votes than before. From September 2014 to February 2015 I served as Deputy Mayor for Citizens’ Mobilisation, Youth and Sports.

In February 2015, following a disagreement with the Mayor and head of the political group of the city council, I resigned from the post of Deputy Mayor.

In the parliamentary elections of September 2015 I ran as a candidate for the 1st electoral district of Thessaloniki with the Nea Dimokratia Party, holding an honorary-non electable place.

In 2017 I resigned from the ‘Protovoulia for Thessaloniki’ Group and served as an independent city councilor for the Municipality of Thessaloniki until October 2018, when I officially announced my candidacy for the Mayorship of Thessaloniki. In June 2019 I was elected as the 61st Mayor of Thessaloniki, winning 67% of the vote.